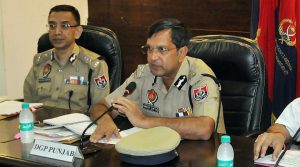 Appointments Committee of the Cabinet (ACC) Former Director General of Police (DGP) Punjab, Dinkar Gupta To Director General of National Investigation Agency (NIA) appointed as A 1987 batch Indian Police Service (IPS) officer of Punjab cadre was removed from the post of DGP of the state and in 2021 as Punjab Chief Minister Charanjit Singh Channi was replaced by Capt (Retd) Amarinder Singh in Police Housing Corporation deployed.

As per the order, Gupta will hold the post of NIA chief till March 31, 2024, i.e. the date of his retirement or until further orders, whichever is earlier.

Ferdinand Marcos Jr sworn in as President of the Philippines

Gold price surges after import duty hike. Is this rise an opportunity to buy?